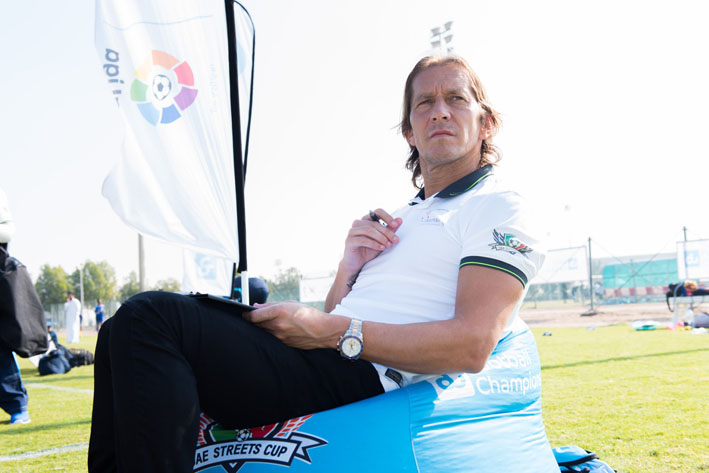 DU Football Champions (duFC) has extended the registration period due an overwhelming response from schools and teams across the UAE.

The number of participants expected to take part in the youth football tournament has increased from 8,000 to 11,000.

The kick-off date will be October 31 for Abu Dhabi and November 7 for Al Ain. Registration for Abu Dhabi closes on October 21 to allow the additional number of participants to enter the nationwide competition.

duFC has partnered with La Liga to offer young talented players in the UAE the opportunity to kick-start a professional career on an international and national level.

Fernando Sanz, general director for MENA at La Liga, said: “Witnessing this overwhelming response from the youth across the UAE reinforces our belief that there is a strong need for a partnership like the one we have with du to discover the UAE’s future international pro-football stars.

“The du Football Champions platform, with its two cups – the UAE Schools Cup and UAE Streets Cup – will drive young football talents in the UAE to bring their best game forward and we will be there to help them take it to the next level.”

“The demand for participation in the duFC has been staggering,” said Michel Salgado, duFC championship director. “I have witnessed first-hand how much talent we have in this country and now we have a platform that will allow these talented youth to shine and embark on a professional career.

“I could not be happier, I truly believe that this platform will transform the lives of the youth that play in it and the communities that support it.

Hundreds of schools and thousands of youngsters will compete for the grand prizes which includes an all-expenses paid 14-day trip to Spain with La Liga for training and competitive matches with Spain’s best youth football clubs.