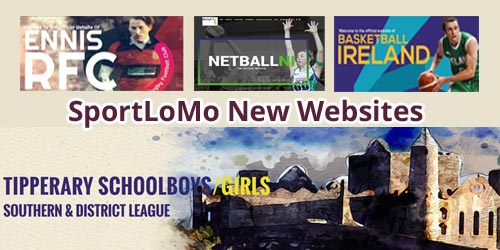 With the launch of a number of new websites and Online Registration/Membership (and more in production).

Many of our clients opt for a new website or a redesign of their existing website when they sign up for SportLoMo Competition Management and/or Online Membership.

Players, club members and fans expect their sport to have a website optimised for viewing on mobile or tablet.

PROJECT BRIEF: Mobile Responsive Tournament Website
The prestigious Ireland Youth Kennedy Cup tournament features the elite players from all 32 of the SFAI leagues is held annually in Limerick University. Each of the 32 affiliated Leagues enters a squad of twenty U-14 year old players to compete over an entire week with additional competitions for those teams which do not progress to the latter stages of the Kennedy Cup itself.
Kennedy Cup Website