Sports Club HQ will act as the service provider and the direct contact with QLD, providing club services, a club app, communications and support on the ground in Australia.

Queensland is home to the Queensland Rams Junior, Women’s, Provincial and Senior representative Baseball Teams and their mascot “Ronny” the Ram.

Baseball Queensland also enters the Junior Rams teams in the A (U14), AA (U16) and AAA (U18) Junior National Titles in January each year. 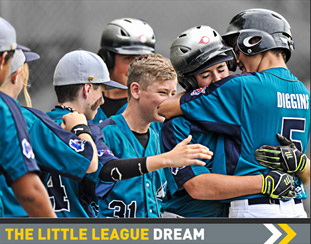 Australia is the fastest growing ‘Little League’ country in the world.

Founded in 2010 as a joint venture between Baseball Australia and Major League Baseball, the ABL continues to thrill fans in Adelaide, Brisbane, Canberra, Melbourne, Perth and Sydney with a dazzling combination of Australia’s best homegrown talent and top prospects from around the world.

Now entering its seventh season in 2016/17, the ABL has featured over 660 players from 17 different countries and territories and has assisted with the development of players from all 30 MLB teams.

Since 2010 the Australian Baseball League has grown to become one of the fastest growing sports in Australia.

Baseball Australia (BA) is the governing body for all levels of baseball throughout Australia.  It is primarily responsible for the development of the sport; administration, conduct, participation, high performance and promotion.  BA also acts as the international liaison and represents Australian Baseball at all International forums.

Baseball Australia are the 100% owner of the Australian Baseball League (ABL).  The Southern Thunder and the Emeralds are the Mens and Women’s National Senior representative teams for Baseball Australia, both competing in the biennial IBAF World Cup and the men in the triennial World Baseball Classic.