Seamus Kyne CEO and Marketing Director Vivienne Lee were delighted to be invited as guests to the recent Munster V. Connacht Rugby Game in Thomond Park in Limerick.

This is becoming an annual event and much appreciated by the SportLoMo team. 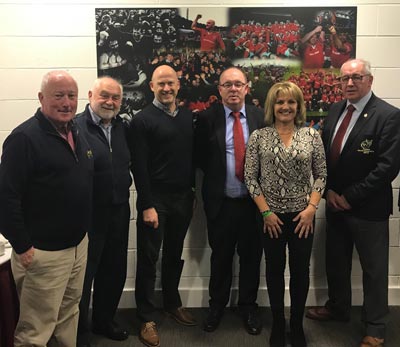 Last year’s invite was taken up by John Lee, Sportlomo Operations Manager.  Munster and Connacht Rugby are long-term users of the Sportlomo system.

Munster beat Connacht 27-14 on the day.  The victory, coupled with with Glasgow’s win over Edinburgh, saw Munster finish second in Conference A.

Tadhg Beirne was awarded Man of the Match and Craig Casey, named Academy Player of the Year earlier this week, came off the bench to make his senior debut in the clash.

Seamus and Vivienne had dinner in the Munster President’s Corporate box, with the Presidents of Munster and Connacht, and officials from both provinces. 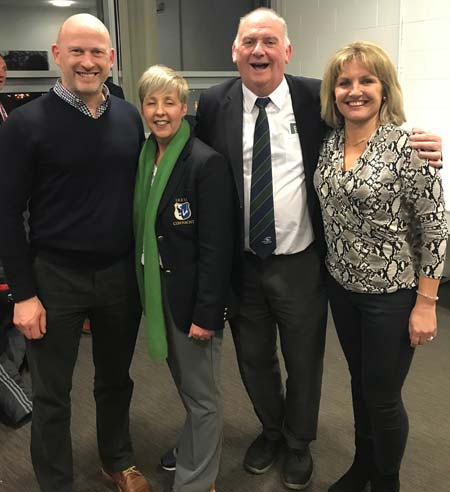 Sportlomo would like to extend their thanks to Johnny King and Mick Goggins for a very enjoyable day.  Thanks guys for a great day out!